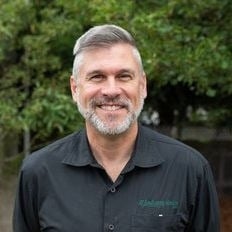 “We can simply see mileage and time recordings on the system, rather than asking our drivers to check their dashboards”

SS Landscaping Services has been operating in the Seattle Construction and Maintenance Landscaping sphere for over 40 years. The company develops landscaping designs, installations and on-going maintenance for both commercial and residential landscapes, serving land owners, developers, architects, and general contractors.

With numerous high-profile customers spanning a 60-mile radius and 25 dumper trucks tending to various sites, Maintenance Manager Jack Armstrong has trialled several solutions to keep a handle on the company’s mobile workforce. Having tried mobile phone tracking to no avail, finding phones would be switched off or left away from the drivers, Jack moved to vehicle tracking. He selected the Quartix vehicle tracking system to replace a previous fixture on all 25 trucks two years ago and has never looked back.

“It’s really just grown” says Jack, “We started out using Quartix for a couple of maintenance vehicles and now it’s a company-wide scheme. It’s been a great asset for us and a great tool.” Delighted with the Quartix service ever since their first conversation, Jack praises the customer support they have received as well as the many benefits they experience through vehicle tracking. A clear benefit is simply seeing mileage and time recordings on the system, rather than having to ask drivers for this information or look at the vehicle dashboards.

Fitting the trucks with Quartix tracking

A notable difference for SS Landscaping was how robust the Quartix installation is inside the truck. Although the drivers are aware of the trackers, the hard-wired device is kept out of sight and cannot be tampered with or knocked, something that had been problematic with their previous suppliers. Chief Engineer at SS Landscaping, Nathan Keen, easily fitted all the companies’ trucks with the Quartix tracking systems. “We found other companies’ hardware to be difficult and hard to control but Quartix is very straight forward” Nathan recalls, “Once we had it plugged in we were able to use the system right away.”

The drivers were understanding of the companies need to implement GPS vehicle tracking, Jack Armstrong explains. “The crew go off out on their own with expensive equipment every day. Most of our guys are really responsible but occasionally you hire someone who just doesn’t do what they say they will. If you don’t know about it, that can cause a lot of problems in a short time.”

Using the Quartix system, SS Landscaping also keeps maintenance records for all trucks and schedules reminders for service deadlines, making sure that deadlines are not missed and reducing administration time.

“The crew go off out on their own with expensive equipment every day. Most of our guys are really responsible but occasionally you hire someone who just doesn’t do what they say they will. If you don’t know about it, that can cause a lot of problems in a short time.”

Total visibility of the crew

Over the month, SS Landscaping generally handles around 150 maintenance jobs. On the construction side of the business, 20 jobs are often running simultaneously. As the Maintenance Manager, a huge benefit for Jack is the ability to back-check information and respond to customer enquiries about the whereabouts of his workers at any time. “I use the screen every day to see where the crews are. If a customer calls to say the crew hasn’t turned up or hasn’t been there that day, we can quickly confirm that using the system. It resolves any conflicts. It also emphasizes to the guys that they have to be on time.”

Jack also uses the tracking system for his equipment, such as loaders, that is often situated across various sites. Whenever he needs to locate machinery, he simply checks the system and uses the custom locations feature.

Assessing how much downtime the crews experience during the day and how long it takes them to get out in the field has streamlined process. Jack can easily see the duration of breaks and gauge how much time is spent on job sites, ensuring that his customers receive the hours of service that they pay for.

“Knowing where time is lost helps us improve our service and capacity immensely”, Jack comments. After seeing that a lot of time was being spent fuelling the trucks on a morning, he was able to allot different fuel times to the drivers and avoid a back-up at the gas station, for example.

“You’re looking at around an hour per day that you can be more productive with” says Jack “the system also highlights situations to us. Crews might be leaving early because there isn’t enough work to fill the day, for example. With that knowledge we can address that”.

“The biggest thing is the psychological improvement.” Jack states, “If guys know that we know where their truck is, they are 90% more likely to be at the job site when they’re supposed to be.”

Using Quartix driving style reports has improved driver behavior in the maintenance setting at SS Landscaping dramatically. Staff are more conscious of how their driving affects both the condition of the vehicle and fuel consumption, and most importantly, their risk of causing an accident. “We just show drivers their reports – tell them if they’re braking too hard or going too fast. Usually once they’re aware and they know we’re paying attention to it, it stops” says Jack.

“We’ve always had great customer service from Quartix. Their response is always quick and our requests are implemented in a day or less.” SS Landscaping Services is more than happy to recommend the Quartix vehicle tracking solution to anyone operating a mobile workforce. “It just works.” Jack simply puts it.