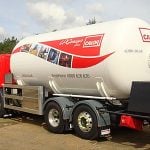 I find some of the most useful information is provided by the system’s fleet management functionality, tailored daily email reports and onscreen KPI management dashboards. With these I can keep tabs on everything that’s going on quite easily.
David Brown
Fleet Asset Manager

Established in 1935, Calor Gas is the UK’s largest distributor of liquefied petroleum gas (LPG). As part of the international group SHV Gas, the company provides both cylinder and bulk energy solutions for residential, industrial and commercial customers nationwide.

LPG is one of the cleanest conventional fuels available, with significantly lower CO2 emissions than oil, coal and electricity. By working closely with manufacturers of new low-carbon technologies, Calor Gas is at the cutting edge of today’s energy industry.

Quartix, one of the UK’s leading vehicle tracking service providers, has equipped Calor Gas’s national delivery and service fleets with real-time telematics. A total of 520 of the £400-million company’s vehicles, including Scanias, Renaults, Dafs and large tri-axle tanker trailers – operating from centres across the country – have been installed with the award-winning Quartix telematics solution. 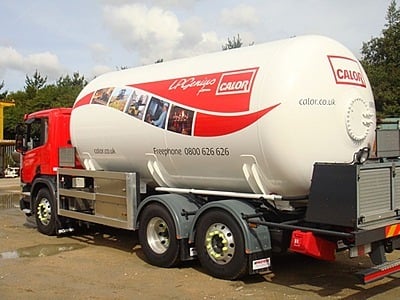 David Brown, Calor’s fleet asset manager, explained the reasons the company has invested in Quartix telematics: “With such a large and diverse fleet operating throughout the UK we have many areas and aspects to monitor and consider around the clock, and often all at the same time. The Quartix Corporate service enables us to do just that.”

He continues: “The main reason for fitting a tracking system is security. With transporting high profile products around the country it is important that if we need to know where an asset is at any time, that we can find it quickly. Quartix allow us to do this from any web-enabled PC.

“For example, its flexible onscreen mapping shows us precisely the location of each vehicle in real-time, how fast it’s travelling and even how well it’s being driven. There are also many helpful reports, everything from updates on utilisation and capacity to driver timesheets and geo fencing alerts.”

“Also, I find some of the most useful information is provided by the system’s fleet management functionality, tailored daily email reports and onscreen KPI management dashboards. With these I can keep tabs on everything that’s going on quite easily.” 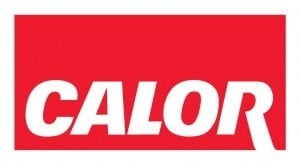 Quartix was awarded the contract after Calor Gas carried out a detailed study of telematics suppliers and performed extensive long-term trials.

“The trials showed the Quartix system more than met our expectations,” said Mr Brown. “In addition, we found we were able to work closely and easily with the Quartix engineers, who helped tailor the system to meet our own particular requirements.”

One of Calor’s specific needs was to receive live data from its vehicle pumping systems. After extensive research Quartix specialists were able to establish a connection from the vehicles’ control systems, enabling onscreen reports to be displayed via the Quartix system’s extended reporting menu. “This means we can see at a glance when the pump starts, stops and its operational duration at each customer site,” said Mr Brown.

Calor Gas is also benefiting financially from the Quartix system’s ability to plan shorter routes and by monitoring drivers, who are encouraged to maintain safe, economical driving styles.

Andy Kirk, sales and marketing director at Quartix, said: “We are extremely pleased to help Calor Gas track and monitor its extensive UK fleet – and being able to work closely with Calor staff to achieve the company’s goals, both now and in the future.”