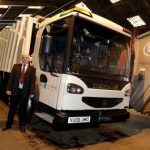 I wanted a service to match fleet requirements in the most straightforward way – the Quartix system was the only one offering automatically-generated tracking logs on a daily basis.
Dave Tobutt
Operations Manager

Dave Tobutt, the department’s operations manager, runs a substantial fleet of more than 150 vehicles – HGVs, vans and pick-up trucks to 3.5t – streamed into separate divisions for refuse collection, recycling and street sweeping. Responsible for 170 employees and an annual budget of £2.5 million, he details many ways in which the council’s investment in the latest GPRS real-time, fleet management solution has proved sound. 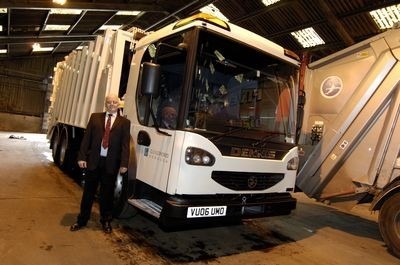 A few years ago, he became aware there was scope for honing fleet efficiency, most notably in the area of route planning. It appeared the council’s fleet operations had become entrenched and he realised a tool was required to pull its fleet management into the 21st century. Following a careful review of the telematics market and trials of three separate vehicle tracking options, he selected the Quartix telematics solution.

“There were several deciding factors in this choice. Some systems initially appeared to be suitable but either required lots of PC-based equipment, or an operator to produce the tracking records,” he said.

“I wanted a service to match fleet requirements in the most straightforward way – the Quartix system was the only one offering automatically-generated tracking logs on a daily basis.”

Recalling the installation process, he added: “I was impressed by the excellent service provided by good engineers. The level of support from supplier has been outstanding throughout. The Quartix team are very customer-responsive. We now have 104 tracking units fitted – with full staff acceptance and union backing.”

Dave Tobutt details many ways in which the advanced tracking service helps mitigate both administrative load and fleet running costs. “For me, the principal benefit of the system is the provision of a ‘managed service’ – emailed reports arriving every morning, accurately detailing the previous day’s operations. The service is reliable, fast and flexible – each of our three fleet divisions has a separate access code for its relevant tracking logs, but I retain an overview for monitoring purposes.

“Another bonus is that I can interrogate the database at any time, checking back as far as I want to. Accessing logs for the previous six months or more is not a problem.”

On the subject of finance he added: “As a direct result of implementing the tracking system this department is making cost savings of several thousand pounds per year – through enhanced route planning alone. This is especially true of the industrial collections, where ‘crossover’ situations have been eliminated – saving on mileage, labour time and maintenance costs.

“The Quartix system enables delivery of cost-effective fleet operations, allowing us to stay within budget and thereby provide best value for the borough’s tax payers. It also helps us to remain one of the few councils to retain waste services ‘in-house’.”

Replying to questions on benefits to customer service, he said customer enquiries could now be dealt with more rapidly and cost effectively. “Where previously a representative of the department would have made a customer-visit in response to an enquiry, now we simply access the tracking log, which allows us to immediately reassure the resident, admit to any slip-ups, or defend staff if everything has been carried out in accordance with our expectations.”

Dave Tobutt had early experience of the Quartix system’s worth as a crime deterrent: “The GPRS tracking facility led to the recovery of a stolen Johnston Compact road sweeper within 15 minutes. Recovery of a vehicle of this type, valued at £60,000, effectively repays the Council’s investment several times over.”

He offers this advice to fleet managers considering investing in advanced tracking technology: “Review the market make sure a system will work for your fleet and provide the required level of detail. The use of tracking technology can also improve lone worker safety.”

Dave Tobutt has been sufficiently impressed by the Quartix tracking service to have recommended it to three other borough councils and several private companies.