Quartix announces record growth for 2013 and appointment of new chairman

With both its fleet and insurance businesses performing particularly strongly over the last year, sales were up by an unprecedented 60% in 2013, reaching a turnover of just over £13 million.

Quartix installed more than 40,000 tracking systems in the UK in 2013, and continued to attract businesses with its renowned customer service and comprehensive system. The web-based system offers leading driving-style monitoring and utilisation reports alongside its core tracking features, and is backed by flexible contract terms and dedicated support from its UK-based team.

Alongside its fleet business, Quartix continued to establish itself as a leading provider of telematics for the pay-as-you-drive insurance market in the UK, with a significant increase in volumes for several insurers. 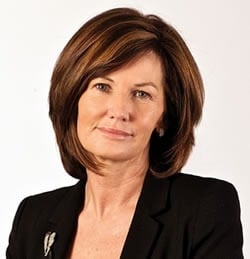 With record sales growth in 2013 and a continuing increase in installation volumes, Quartix has announced the appointment of Avril Palmer-Baunack as non-executive chairman. Palmer-Baunack is a very well-respected figure in the fleet industry with a wealth of international experience in the Insurance, Automotive and Logistics sectors.

Andy Walters, Managing Director of Quartix, said: “We are delighted to welcome Avril Palmer-Baunack to the board. She will play an important role in helping to guide the company’s strategy in its growth and international expansion.”

Palmer-Baunack is currently also chairman of both Helphire plc and Molins plc, and a finalist in this year’s Sunday Times Non-Executive Director Awards. Her previous roles include those of Chief Executive Officer of Autologic Holdings plc and Universal Salvage plc and Managing Director of FMG Support Ltd. Earlier positions in her career included management roles at EuropcarUK, Northgate Motor Holdings plc and the Caudwell Group.

“I am very pleased to join Quartix and excited by the potential that it has for further development in both the fleet and insurance sectors,” explained Palmer-Baunack.

The appointment of a new chairman spells exciting times for Quartix which has recently launched its vehicle tracking system in the USA and is expecting further growth in the fleet and insurance sectors in 2014.