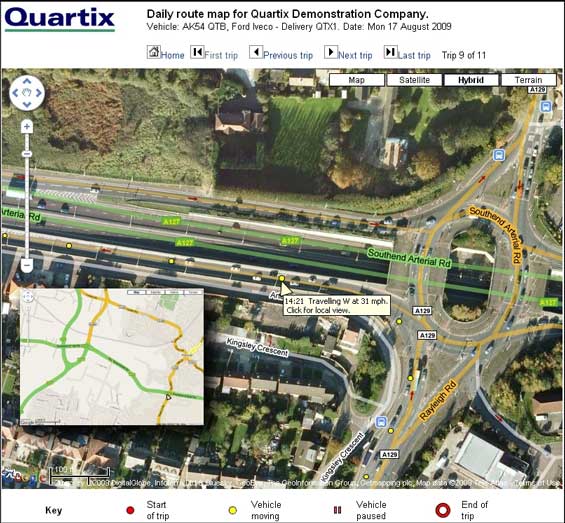 Managing director, Andy Walters, said: “This rapid rise is being driven by strong demand: “The reason is straightforward: no-one wants to be tied to a long-term vehicle-tracking contract during a downturn. Quartix Pay-As-You-Go has proved to be just the right product at just the right time.

“In 2010, we anticipate PAYG will account for 80 per cent of sales, with lease-finance and outright purchase taking up the remaining 20 per cent.”

Mr Walters said despite some criticism from competitors, the launch of Quartix Pay As Go had been met with “enthusiastic acceptance” by customers – particularly those customers who had “suffered as a result of financial failure or poor service from their previous telematics-system supplier.”

Following its launch, most interest in Quartix Pay As You Go was almost exclusively from the commercial sector. Today, the new payment option is also rapidly gaining ground across the public sector, attracting business from every type of organisation, including emergency services, NHS trusts and local authorities.

Andy Walters predicts that within two years all vehicle tracking contracts will be based on a direct-rental model. Meanwhile, he urges first-time buyers to remain cautious.

“It remains a concern to me that first-time buyers of vehicle tracking systems still appear to be unaware of the risks they are assuming when agreeing to a lease finance agreement or pre-paying for telematics contracts,” he says.