Quartix is excited to announce that it’s relocated its Newtown headquarters. After almost fourteen years based at the Chapel Offices, and five years holding a secondary location in the area, the whole of Quartix’s operations in Mid-Wales are now under one roof in a new purpose-built space in the heart of Newtown.

Formerly the Ladywell Shopping Centre, the new headquarters will house approximately 120 employees and features a private car park for staff and visitors, plus bicycle storage facilities.

“It’s exciting that Quartix has grown so much that this move is necessary,” says Andy Walters, Managing Director of the company. “We are committed to staying in Newtown long-term, offering employment opportunities as we further expand the business.”

Quartix has had a presence in Newtown ever since the company was formed in 2001. Andy Kirk, one of the company founders, began working from his home office there. As the business expanded, Quartix took up various office spaces in the area, eventually occupying one whole floor of the Chapel Offices on Park Street. By 2010, Quartix occupied all three floors of the building, and in 2015, further growth necessitated a second office. Quartix initially moved its call centre to reside in St. David’s House, just over the road, and relocated several other departments there as the business continued to expand.

With continued growth in the UK market, Quartix expanded to operate in France in 2010 and the USA in 2014. In the last eighteen months the company expanded further into Europe, offering its services in Spain, Italy, Poland and Germany. With more staff joining the business, Quartix required a larger head office and set out to find a single building to house all its Newtown operations. 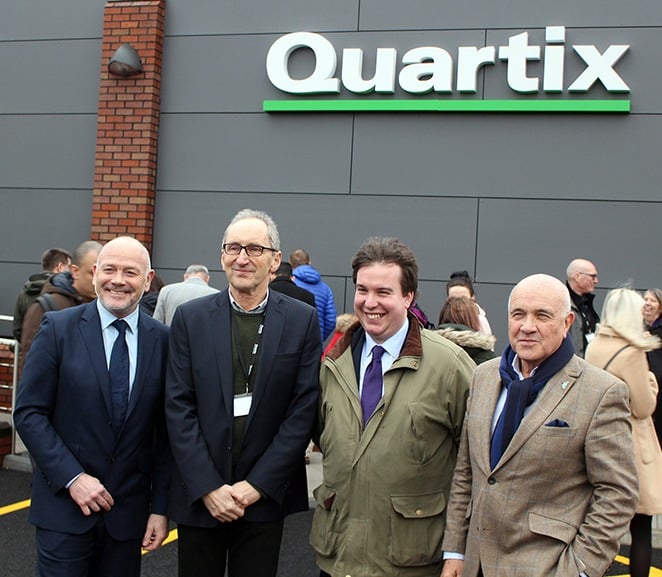 Following a chance meeting with the Managing Director of Evabuild, Nick Evans, a potential office space was identified. Over the last twelve months, Quartix and Evabuild have been working closely together to turn the former supermarket into a modern, purpose-built office space to house all Quartix’s Newtown-based staff with additional room for expansion.

“We’ve thoroughly enjoyed working with Evabuild over the last year,” says Alys Smith, HR Business Partner. “We’re very grateful that we had such freedom with the interior and the overall finish – we were able to make our new home suited to our unique needs.”

To mark the occasion, Quartix invited staff and associates to celebrate and raise a toast to the new office – with the help of surprise celebrity guests, Craig Williams MP, and Welsh rugby legend Ieuan Evans MBE.

“We can’t thank Evabuild, and Jason Bullock, enough for everything they’ve done and their determination to get the project finished within the time set,” says Ms. Smith.  “We’d also like to thank all of our customers, without whom we wouldn’t have had the extraordinary success that led to this move.” 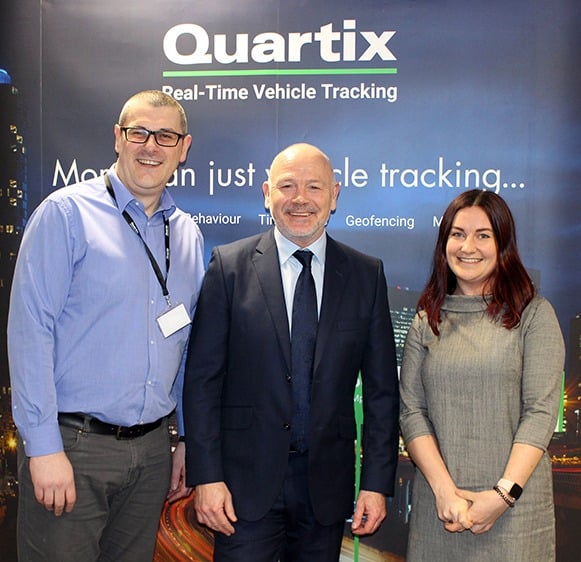